Whether you are attending a traditional networking event, cocktail party, fine dining, or morning coffee event, developing relationships is a challenge many of us networkers face on a frequent basis. There should be a balance between creating new relationships and growing existing ones. While it is only natural to migrate towards individuals that you already know, the goal of networking is to ultimately expand your network.

Think about it like this. If you know someone at an event, and you spend the entire time speaking with them, and only them, what did you really gain from going? Nothing. Instead, when I know someone at an event, even if they don’t work with me, I prefer to work out a game plan and work as a team. Section off the room and find people that would benefit not just yourself, but also from your associate. Every so often, as you graze past one another, you can give inside tips and pointers about the people you have already had a chance to meet. It’s almost as if you have a second set of eyes and ears.

If there is someone that you know, but don’t necessarily know well enough to have a strategy with, catch their eye and give a friendly wave, head nod, or even a smile. There are no requirements that you go over to chat with them. You can catch up to them later and just ask their opinion or perspective about the event. The connections they made at the event might be more beneficial for you than for themselves and vice versa.

Know an avid networker? Offer information about an event you attended that you know they didn’t and it is likely they will do the same. The exchange of knowledge is often welcome. Do be wary of knocking an event. You don’t know everyone the other person knows, and saying something negative may come back to bite you.

A good rule of thumb for creating and growing relationships at networking events is to only talk to individuals you know, when they are talking to someone you haven’t already met. This way a favorable introduction can be made for you, instead of having to strike up a new conversation.

Hope this helped all of you networking pros out there. Don’t forget to let us know what has and hasn’t worked for you in the comment section below. Your feedback is always appreciated.

Network.Vegas is the Las Vegas Business Calendar.  Each event lists the organizer &  event website.  Event details may change without notice.  Check with event organizers regarding ticketing, eligibility to attend events and event details. 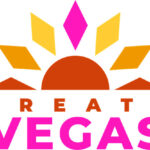 Event details are subject to change without notice.  It is your responsibility to check with event organizers regarding ticketing, eligibility to attend events and event details.